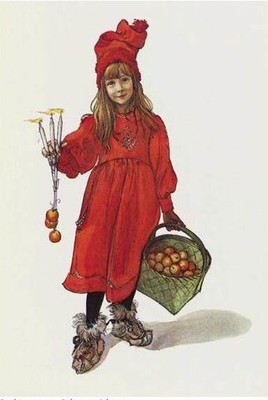 *In Norse mythology, Iðunn is a goddess associated with youth.

The aim of the project is to create a high performance research system based on close cooperation with world centers on demography (Norway, Sweden, USA, Germany), the development of research in the field of demography at the global level in order to achieve the necessary indicators in the development program to improve the competitiveness of UrFU in the field of "Information technology and people in the information society".

The project aims to create a new level of international research collaboration that will improve the academic reputation of the University. The project will create new workshops on demography, oriented to comparative research with the world's leading centers in the field of population studies, and strengthen collaboration with relevant institutions of RAS.

The importance of the project lies in the formation of research and methodological development in demographic studies that will be the basis for international research projects. The prospect of this approach for the University is to promote international cooperation, enhancing recognition and UrFU academic prestige through publications and citations of scientific papers written by the University employees.

The scientific relevance of the project lies in the interdisciplinary nature of the research projects in the field of demographic studies that currently occupy a world leading position in the field of socio- economic, political and medical sciences. The project is based on modern information technology resources, namely databases for multidisciplinary use, which will be the basis for comparative research projects and increase the recognition UrFU as one of the international centers of demographic studies. Both theoretical and applied research tasks will ensure the stable development of demographic and population-related research, which could be relevant also in the fields of economics, medicine, migration and the social sciences more generally. One of the project’s objectives is the inclusion of UrFU scholars in interdisciplinary research networks. The general weakness of such networks in contemporary Russia allows the UrFU to make a national breakthrough in the field and grasp a leading position in the field of population studies.

General characteristic of the scientific project.

The laboratory activities will be developed within the framework of the research project «Regional Societies as demographic transitions: East–West». (Project leader – prof. Gunnar Thorvaldsen) Russian archives hold a host of nominative source materials (church records, taxation lists, some census manuscripts) which in comparison with other nations has so far been little used for demographic research. These can now be opened up with methods which are becoming widely available internationally due to the affordability and user-friendliness of modern computers and software.

The project focuses on the organization and conduct comparative studies in cooperation with the leading centers of demographic research in the following areas:

Regional models of vital events in Eurasia in the late 19th–21st centuries.  This line of research assumes the role of geographic, economic, ethnic and religious factors in the development of vital processes (births, marriages, deaths). A pilot project for comparative analysis of the selected regions (Ural, Austrian Alps, Scandinavia) is under consideration. The regions have similar geographic characteristics, but representing different regional models whose development is determined by a combination of micro-, macro-economic and political factors. Exploring the dimensions of vertical differentiation of demographic processes in these mountain/valley landscapes is an interesting methodological approach highlighting historical and demographic interdependencies beyond the traditional spatial (horizontal) models. There will also be analysis of ethnic and religious factors’ impact on demographic processes in the Urals. This project will include field research and monitoring with the participation of foreign experts to analyze the development of demographic processes among different ethnic, social and religious communities of the Urals, for the creation of the electronic encyclopedia "Peoples and Religions of the Urals".

The study of family history in selected regions of Russia and Europe in the late 19th to 21st centuries. Family studies carried out today follow three main directions: 1) Statistically-based analysis of family structure, its typology, as well as intra-familial processes – births, marriages, divorces. 2) Reconstitution of individual families histories.  3) Record linkage, aimed at establishing links between events about the same person reflected in historical documents. Each approach relies on specific source materials. Demographic family studies are mainly based on taxation and census data and the current account of population movement. Genealogical studies are based on a more diverse source base, primarily on personal sources of origin (letters, memoirs, photos etc stored in the family archives), as well as materials of accounting vital events in the population (the church and civil) as well as other accounting systems (household  books, etc.). Modern trends in the study of family history, both at the individual and at the higher group levels, are fully associated with the use of computer technology, which allows  organizing  information in databases. Here Russian archival data has huge information potential.

The formation of an integrated information resource (e-document archive + database) on historical and demographic materials with online access.

This subproject is aimed at the creation of a web site providing access to the e-archive and information as the basis for research results. The first resources to be put in place are the database  "Villages and towns of the Sverdlovsk region"; the electronic atlas "Evolution of the religious landscape in the Urals" and the Catalog of multi-media documents "Religious traditions of the Urals".

The website will provide information on all the research projects and their development, organizational information and information on laboratory activities: articles, monographs, research reports and conference papers in full text, etc.

Gunnar Thorvaldsen, PhD, professor at the University of Tromso, director of The Norwegian Historical Data Center.

Yulia A. Borovik, PhD (candidate), leading researcher-engineer at the Laboratory of  Arheographic Studies at the  Ural Federal University.

The practical effect of the project will be as results possibly relevant for contemporary demographic and migration policies. The study of demographic processes is regarded as a priority area of science not only in domestic but also international research practice. The main innovative aspects of the project are:

- the active involvement of foreign colleagues in joint projects within the framework of ICDS;

- the international promotion of the results of the UrFU regional and historical studies.

Laboratory project leader Gunnar Thorvaldsen, professor at the University of Tromso is one of Europe's leading experts on historical demography and historical science, head of the Norwegian historical Data Centre at the University of Tromsø. He graduated from the University of Oslo, PhD received in 1995. He is the Norwegian representative in the European Historical Population Samples Network (EHPS-Net) sponsored by the European Science Foundation, and Chair of its New Databases group since 2011; leader of project group for the Norwegian Historical Population Register sponsored by the Norwegian Research Council (2009-18);  was chair of National Infrastructure Committee (SIMSAM) – Swedish Research Council (2013 and 2008); member of the ESF-funded research project BOREAS: “Home Hearth and Household”(2006-2011); co-investigator, The Standardization of Names Project funded by the Norwegian Research Council (2005-8); co-chair, The family/demography network, Social Science History Association (2005-); chair of the Norwegian Demographic Society (2003-4); сo-chair of the network for History and Computing, European Social Science History Association (2000).

Among major recent publications related to the theme of the project several monographs and a series of articles in international scientific journals – «History of the Family», «Historical Methods», «Scandinavian Journal of History», «Past and Present» «Arctic Anthroplogy». Hirsch index - 4.

Laboratory executive director Lyudmila Mazur defended her doctoral dissertation on the settlement system in the Middle Urals and published several monographs which are considered material on the national regional patterns of urbanization and demographic aspects directly affecting the development of the family and migration. Throughout 2000-2013 Liudmila Mazur received numerous grants from RHF and RFBR for research on historical and demographic topics, as well as by the development of information systems (a total of 7 projects were supported by grants). Within the last grant in conjunction with Oleg Gorbachev she prepared the unique resource  "Information system ‘Sverdlovsk region places’” containing a wide range of  demographic information on the dynamics of the population of towns and villages in the area. She has experience in organizing international conferences and scientific schools. During the last 15 years she lead publishing projects by releasing the collection of scientific papers "Document. Archive. History. Modernity" indexed in RISC. Also headed projects to develop information systems using database technology. A member of the editorial board of the scientific journal "Economic History” (ISSN 2078-9831). Has 240 publications, including 6 monographs, Hirsch index - 4. Number of publications registered in the databases WOS and Scopus – 5.

Principal researcher Elena Glavatskaya defended her doctoral dissertation on the history of religious change among the peoples of North-Western Siberia. For several semesters she worked as researcher or visiting professor at universities and academic centers in Finland, USA, Norway, Sweden, the UK and Japan. Has experience in organizing scientific sessions at international conferences (FUCongress-10, Hungary), (ESSHC in Glasgow 2012). Headed several research projects, among those supported in the past 5 years are:

She currently is working on several books: A Cultural and Historical Atlas "The Ural Religious landscape Evolution in the late 19th 21st centuries” and a catalogue of the visual documents al "Religious traditions of the Urals and Siberia." A team headed by Elena Glavatskaya elaborated an original method for ethno-historical mapping using the electronic software CorelDraw. Has more than 130 publications, including 2 personal monographs, more than 15 co-authored, as well as 8 chapters in collective monographs, among them 7 – in English, published in top-rated foreign publishing houses, and three articles published in foreign journals included in the indexing system SCOPUS and WOS. Member of the editorial boards of “Izvestia UFU” and “Quaestia Rossica”. Hirsch index in the Russian e-library - 2.

Project coordinator Oleg Gorbachev defended his doctoral thesis on the problems of rural migration in Russia in the second half of the 20th century. He is the author of three books on historical and demographic topics, published in leading publishing houses. Served as head of the Russian side of the international grant RHF-BRFFR devoted to comparative analysis of demographic processes along the Russian-Belarusian border. Participated in the implementation of grants RHF. Has 115 publications, including two that are included in the Scopus and Web of Science databases. Hirsch index - 2.

Final deliverables of the project.

Number of researchers in the laboratory – 9

The number of international partner organizations – 9

The organizational structure of the Laboratory

The e-archive and database.

Research projects carried out in the laboratory, headed by coordinators directly subordinated to the project leader. The executive director administrates the projects.

The Norwegian Historical Data Centre at the University of Tromso (Norway);

Institute of History of the Siberian Branch of the RAS.

Among immediate aims for the 2014-2015 is preparation of joint projects with the following leading research centers:

Sami Research Centre of the University of Tromso (Norway)